Since moving to New York City, I’ve spent ~257 hours commuting to and from work via the F line1. While I used to dread my commute, I’ve recently spent a lot of time thinking about how to make it more enjoyable. The goal wasn’t to optimize every minute of my commute, but rather to make it something I looked forward to, while aligning with my core value of always learning.

The substrate for this reflection was Jordan Rose’s note about the privilege of spare time in open-source development at the end of “On Becoming a (Compiler) Wizard.” The last point really hit home for me.

I want to explicitly recognize this as a form of privilege. The people most likely to have spare time to do outside projects are people

Spending 70 minutes each day commuting doesn’t have to be a sunk cost. Below are some ways I’ve tried to view commutes through a more fruitful lens.

One of my favorite hobbies is to observe subway riders instinctively pulling out their phones upon resurfacing or arriving at a stop. I realize that most of these impulses can be traced back to messaging loved ones2, but I find that a large percentage of my urges to check my phone3 are usually aimless. To combat this, I periodically challenge myself to keep my phone in my pocket (on Airplane Mode) for the entire ride. This seems trivial. But, it’s challenging when we condition ourselves to be heads down in Instapaper queues and Twitter timelines. Scoping out a bit, the notion of being idle for extended periods of time4 has become increasingly rare, as my friend Ryan noted in his thought journal:

It just occured to me that if someone is simply waiting for you and doing nothing [with] their phone/hands when you arrive, you either think they’re mad at you [or up to something].

While underground routes facilitate disconnection from the Internet, there is a tangible dose of inspiration that comes with above-ground lines (especially in New York).

Small Gains with AM and PM “Splits”

While working full-time affords you freedoms that are absent from schooling, an aspect I miss the most from university is the“mandatory [mental] exercise periods.”5

I hated school as a kid, but at 46, a disciplined study of multiple subjects with a mandatory exercise period sounds... kind of nice.

Because of this, I’ve tried to use my morning commute as dedicated time to improve myself in some way (reserving the evening for disconnection). This is a practice I take to heart. Every so often, I unfavorably fall into a routine of starting my days in a reactive manner6 (i.e. checking notifications upon waking up, not allowing enough time before work to write, read, etc.). This defers my personal ambitions until after work, which enables tiredness or social obligations to take priority. While these aren’t bad things, it causes a cycle in which no time is left for growth outside of the office.

Ayaka Nonaka, my friend, encapsulated this idea in her post on daily routines:

Setting aside time in the morning to work on something that is just for me has been the most impactful thing I’ve started doing for myself. I wake up for myself.

Below are some things I do during my morning commute:

The start of a new tradition 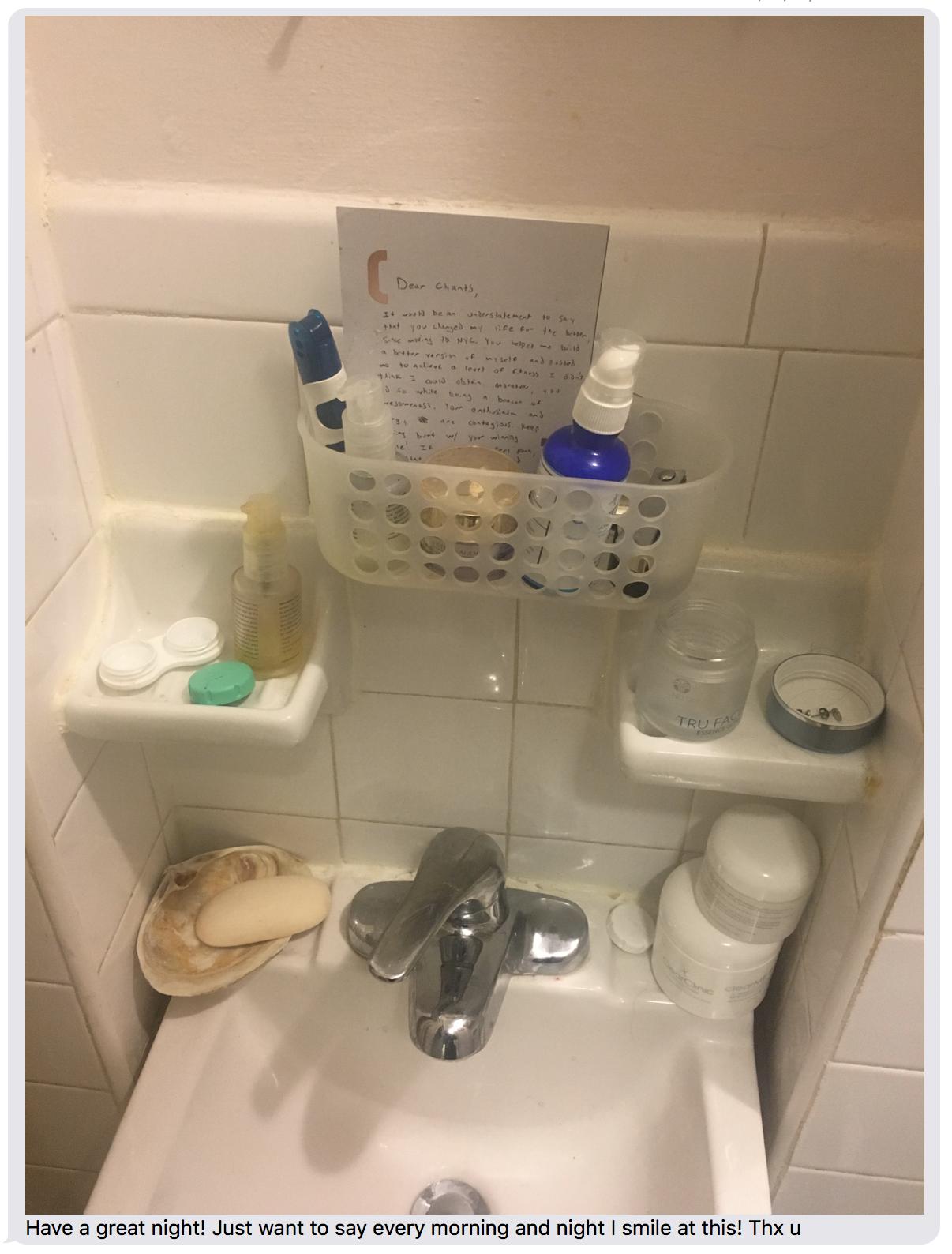 We’ve all been there. After hopping on the train, beginning a walk, or driving a car, the actual act of traveling fades to the background, only snapping out of autopilot upon reaching your destination. This is typically referred to as a transition to System 1 of thought, which is primed for rote tasks like commuting. After reading Katie Zhu’s post, “Walk on the Other Side of the Street,” I’ve tried to be more deliberate about anchoring my attention8. She describes the wonder of perceiving what you see:

There’s so much that we have to tune out in order to stay sane or be able to just, you know, generally function. But it’s a nice reminder every now and then to take the time to actually see, look at your surroundings, the routine, boring shit you write off because it’s not novel or exciting anymore. Sometimes, it’ll surprise you.

Doing so has the side-effect of slowing down one’s perception of time9.

These are just a few of the thoughts that have bubbled up after commuting for the past year. Looking back, it’s hard to find a cohesive narrative that threads them together. But, maybe that’s the beauty of it. Commuting is an unstructured block in the day that one can mold to their liking.