The interplay between high-cadence and well-formed thoughts

Back in January, I started a public, high-cadence log of what’s on my mind1. Along the spectrum between my Twitter account and this blog, the journal sits in-between. Unpolished thoughts, developed over time. Six months and 46 entries later, I wanted to take a moment to reflect on my experience so far.

Two reasons. First, to create a distillery for my thoughts. By regularly thinking in public, I can better spot themes, reconsolidate memories, and orbit around future posts. Second, it felt like the most natural solution to the following question: “What single document should you read before meeting me to know what’s on my mind?” Or as Ryan succinctly put it, a “one-way coffee with my brain.“

One of the subtle—yet subconscious—lenses I accidentally use when thinking about my favorite creators (writers, artists, engineers, etc.) is through their volumes of work2. “She is the creator of A and B and wrote a wonderful post on C.” It’s too easy to forget that we’re not our work.

This journal helped reveal my inner gears. More specifically, it allowed others to see beyond the blog posts, side projects, and (bad) puns.

This message absolutely made my day <3 pic.twitter.com/BxWQMUI6oF

What Didn’t Go So Well?

Counterintuitively, the journal almost acted like an escape valve for my ambition to write longer-form posts. Instead of taking the extra time to crystallize a cohesive thesis, I’d sometimes fire off an entry and call it a day3. Doing so caused me to miss out on arguably the most important part of writing: the final 20% involved in publishing. Editing, n-ary drafts, and trimming the cruft are the metaphorical sticking points where most of my cognitive growth happens.

A second, more concrete aspect that could have been improved was tooling. Below are the steps4—read friction—around updating the thought journal:

The fact that this process had four steps (and involved a git commit) impeded my cadence quite a bit. Ryan’s approach of deferring to Quip to focus on writing is better in this regard. However, I leaned towards a lack of tooling (and external hosting à la Quip) in an attempt to avoid the “configuration trap“ of writing software instead of prose and to carve out my own little corner of the Internet.

The original version of the journal was simply one gigantic Markdown file. I’ve since migrated it to a Jekyll collection with permalinks to each post. This will allow me to point others to specific entries and concretely trace themes across posts.

While I thought the lack of notifications would be an asset5, it ended up adding friction for those who would otherwise love to read the journal. As an initial option, I’ve opened up an RSS feed for my thoughts—which I might pipe to a separate Twitter account in the future.

Inspired by Justin Duke’s keyboard shortcut to start new blog posts, I made a port for my setup. Now, starting a new journal entry is as simple as ⌘⌥⌃T. 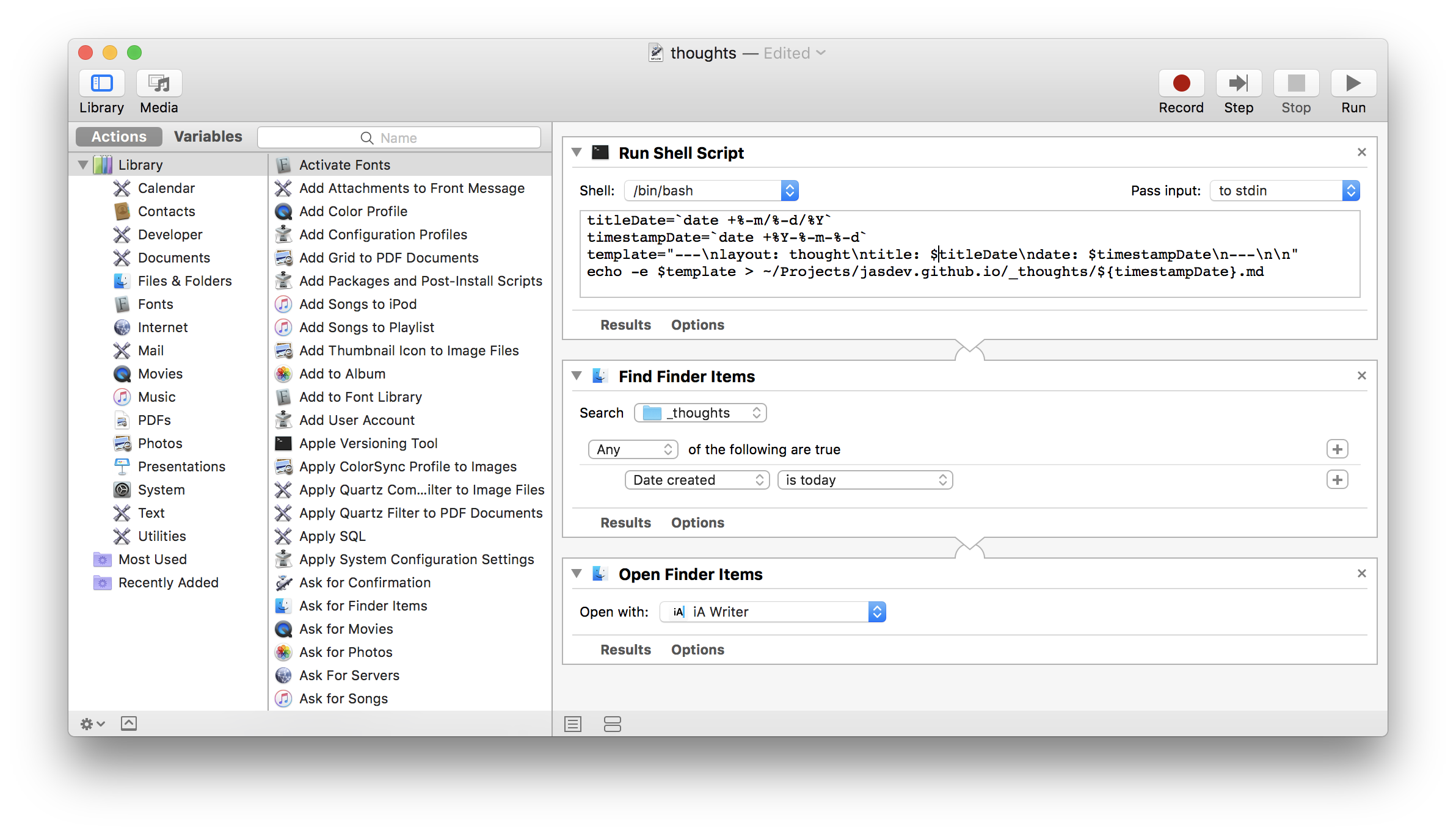 Noticing that I wrote most of my entries in the evening, public journaling started naturally capping off my days. Evening routines warrant a post in itself. However, one habit that has stuck recently is being somewhat religious about my OmniFocus Daily Reviews. Looking ahead, I’m going use this existing momentum to stack my journal entries—public and private—after the review. 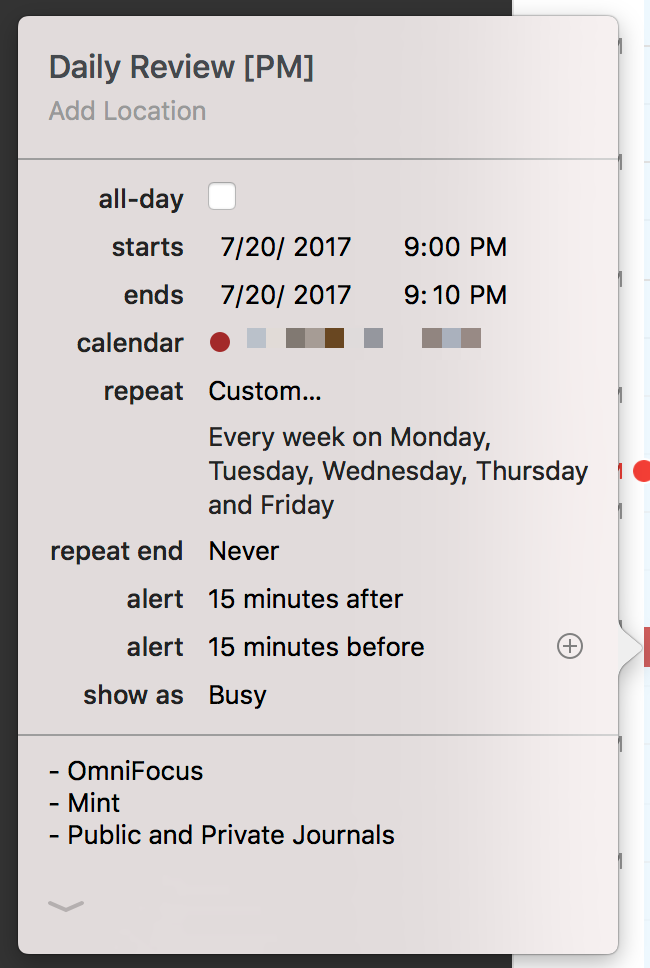 This is all an experiment. So, I’ll check back in six month’s time. Until then, here’s what’s been on my mind this past week.

Special thanks to Claire, John, Justin, and Felix for reading early drafts of this entry.